Sequel to popular castle sim is coming this September

Firefly Co-Founder and Design Lead Simon Bradbury explained: “Fans of the Crusader series have high hopes for Crusader 2 and although many want to get their hands on a copy as soon as possible, it was never our intent to rush the development process. Well now we think it is almost there, we are about to go into final testing and have recently been confident enough to demo our baby at public events such as EGX London, Rezzed and PAX East.”

The September 2 nd release date will be a worldwide simultaneous retail and digital release. Both physical and digital versions of the game will be exclusive to the Steam platform, requiring the software to active.

Stronghold HD and Stronghold Crusader HD were released on Steam at the end of 2013. The games have gone on to sell more than 100,000 units across Steam, GOG and other online retailers, despite the fact that existing owners of the games were given the option to upgrade to HD at no cost via a free patch.

Combined lifetime sales of the original Stronghold and Crusader currently sit at over four million.

Elder Scrolls Online
Online
There are currently 0 members and 137 guests on the website right now. Who's On?
Activity in the past 10 minutes: 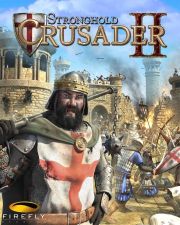