Press conference to be broadcast live

Electronic Arts has announced that at E3 2014, the company will showcase its new lineup of games and services startign with its annual E3 briefing, “EA World Premiere: E3 2014 Preview”.

Hosted by Chief Executive Officer Andrew Wilson at the Shrine Expo Hall in Los Angeles, the hour-long live event will take place on June 9, 2014 at 12:00 pm PDT / 3:00 pm EDT. It will feature never-before-seen content from EA’s upcoming games as well as sneak peeks at new projects and intellectual properties currently in development.

Fans can catch the broadcast live on Spike TV, streamed online at ea.com/e3, e3.spike.com, twitch.tv/e3 and other websites around the world. 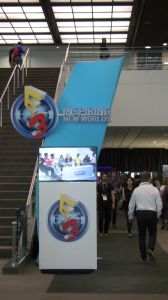 Battlefield 2042 slightly delayed
Sep 21, 2021 by JamesJay
i hope the delay helps with polishing it further for...