Electronic Arts Inc. today announced that, after a seven year hiatus, the venerable automaker and elite racing brand Ferrari is returning to Need for Speed. On February 16th, players of Need for Speed SHIFT will be able to download a content pack that delivers 10 extraordinary Ferrari cars including the 430 Scuderia and the ultra-rare FXX and F50 GT. Now, Need for Speed SHIFT players will feel the rush of being in the driver’s seat, realizing the true driver’s experience of being behind the wheel of a Ferrari car.

The Ferrari Racing pack is the latest downloadable content for Need for Speed SHIFT and will be available worldwide today exclusively on the Xbox 360 video game and entertainment system for $10.00 or 800 Microsoft Points (Need for Speed SHIFT and Xbox LIVE account required).
In addition to 10 new cars, the Ferrari Racing Series will also extend SHIFT’s career mode with 46 new Ferrari specific challenges designed for the Ferrari cars to participate in including hot laps, eliminators, endurance races and a world tour. Completing the perfect Ferrari package are an additional 125 gamerpoints as a reward for undertaking various exciting challenges. All Ferrari cars can also be taken online where players can prove who has the skills to master these high-performance Italian racing machines.
The Ferraris available include:
“Need for Speed is recognized globally for showcasing amazing cars, including some of the world’s most desirable high-performance vehicles,” said Keith Munro, vice president at EA. “We are thrilled to be partnering again with Ferrari.”
Need for Speed SHIFT is now available on the PlayStation 3, Xbox 360 and PC. More information can be found at www.needforspeed.com 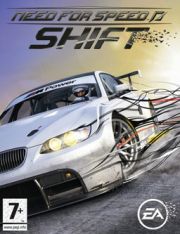