This year's game to focus on villains

Activision Publishing has announced the newest installment to the Skylanders franchise, with Skylanders Trap Team.

The plot follows Kaos as he continues his ongoing quest to rule over Skylands. He has discovered the location of the legendary Cloudcracker Prison - a fortress built entirely out of the magical substance Traptanium and home to Skylands' most nefarious baddies. In an attempt to build his own army of foes, Kaos blows up the prison, releasing the most wanted villains and blasting shards of Traptanium to Earth in the form of Traps. Now it's up to players to recapture all of the escaped villains using Traptanium Traps and defeat Kaos.

With Skylanders Trap Team, Portal Masters seek out and defeat the most wanted villains in the game, pulling them out of the game and into living rooms by capturing them in magical Traps. Players can then send villains back into the game where they play as them to fight for good. The game will include the Traptanium Portal, that lets players capture villains using the new Traps. Once they've defeated the villains, kids will be able to place a Trap into the new portal to capture them. 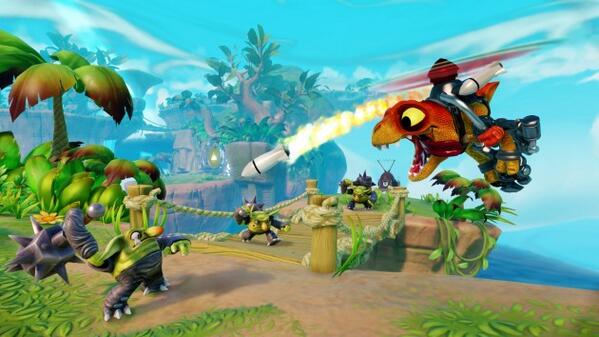