The pre-season prediction has changed

EA Sports used NHL 14 to simulate this year's Stanley Cup Playoffs and predicts that the Boston Bruins will prevail as Stanley Cup Champions after defeating the San Jose Sharks in six games.

A simulation using real-life data from each player was run in NHL 14. Results are extrapolated by the videogame when two teams match up based on player ratings, line combinations, and include variances such as injuries and hot streaks to give a realistic outcome of a game or series.

It's worth noting that before the NHL season started, the game predicted St. Louis Blues will claim the top prize. 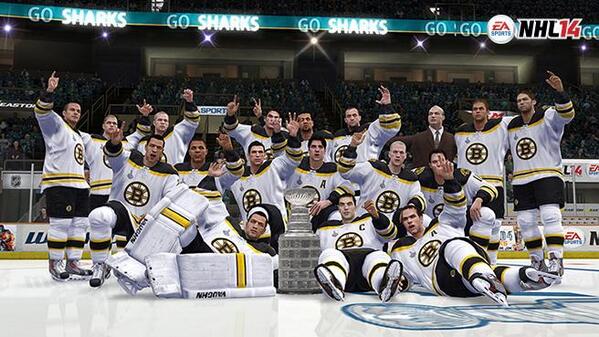