The sales milestone for the starter packs was beyond Disney's own expectations. Disney Interactive president James Pitaro said: "We're thrilled that families and gamers alike have embraced Disney Infinity. We believe we've set the stage for Infinity to be an enduring video game platform."

The company last reported sales of 1 million starter pack sales in November, which points to strong demand for the toy/video game combo over the Holidays.

Disney Infinity was released for PC, Xbox 360, PlayStation 3, and Wii U. No platform-specific sales were disclosed. 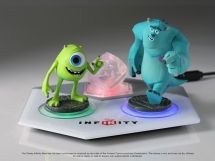 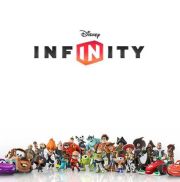 Our Review of Disney Infinity
76%
Good
The Verdict:
"A new franchise that focuses on collectible figurines has the magic of Disney, but lacks gameplay polish"
Game Ranking
Disney Infinity is ranked #729 out of 1818 total reviewed games. It is ranked #64 out of 158 games reviewed in 2013.
728. MotoGP 13
PC
729. Disney Infinity