Stoic, an independent game development company and Versus Evil, today announced the release of the strategy RPG The Banner Saga on PC and Mac.

The Banner Saga is a single-player driven Viking saga, where a player’s choice in travel, conversation and combat determines the outcome of their own personal story as well as the survival of an entire civilization. The game features 2D animation and art and a unique tactical combat system. Players will also hear the original score by Grammy nominated, and two-time BAFTA winner, composer Austin Wintory.

The Banner Saga is available now for $24.99 through Steam, Uplay, GameFly, GameStop and GamersGate for PC and Mac. A digital Deluxe Edition is also available through select retailers for $29.99 and includes the game and complete soundtrack.

Prev:
Evolve coming this Fall
Next:
The Wolf Among Us: Episode 2 coming in February 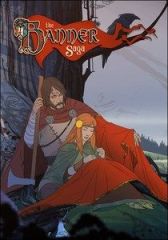