Nintendo has announced that new DLC has been released for Pikmin 3.

Starting today, new challenges in the “Battle Enemies!” mission type in Pikmin 3 can be purchased as downloadable content in the Nintendo eShop on Wii U for $1.99. One stage is free, and is available via an automatic software update.

The paid pack of four stages is based on locations from the game’s Story Mode and is crawling with hostile creatures. Like all the other stages in Mission Mode, these new challenges can be played solo or cooperatively with a friend. High scores earned in this mode will be displayed on a global rankings leaderboard.

Pikmin 3 is the latest installment in the series, and was released this summer exclusively on the Wii U.

Pikmin 3 out this weekend
Prev:
Rocksmith 2014 gets Iron Maiden DLC
Next:
Contest: Win The Call of Duty Ghosts Prize Pack 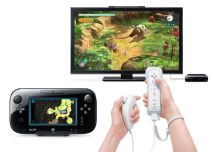