Konami has announced Metal Gear Rising: Revengeance is now available at a reduced price of $29.99, and players will also access the Jetstream and Blade Wolf downloadable content (DLC) packs for free.

Metal Gear Rising: Revengeance is available for Xbox 360 and PlayStation 3. A PC version is said to be in development. 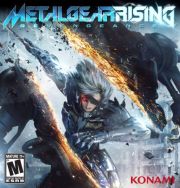