Codemasters has announced that a demo of their upcoming rally racer Colin McRae DiRT 2 will hit PSN and Xbox Live this week, on Thursday August 20th to be exact.
"The most exciting, intense, off-road racing game of the year is almost upon us, with the game hitting shop shelves on September 11th," reads the publisher's Code M mailout. "But if, like most of us, you just can't wait that long to hit the DiRT, then you'll be pumped to hear that the next-gen console versions of the demo are going to be released this week."
The Xbox 360 version also features avatar support, which lets you dangle your mini-you from the car's rear-view mirror.
No word on PC demo, which is currently being developed to support DX11. This has caused the release date to shift to late 2009, so the demo will likely come at a much later point accordingly.
** Update: For one reason or another, if you are a PS3 owner in North America, the demo will actually release on August 27th. If you are a PS3 owner in rest of the world, you still get it on the 20th. 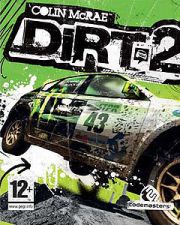 Our Review of DiRT 2
86%
Great
Reviewed on PC
"Visual splendor and superb driving mechanics feature in this slightly flawed but very enjoyable racer."
Game Ranking
DiRT 2 (PC) is ranked #94 out of 1668 total reviewed games. It is ranked #9 out of 69 games reviewed in 2009.
93. Dead Space
PC
94. DiRT 2