Box arts for game will vary across the globe, DLC teased

Konami has unveiled the covers and DLC content for the upcoming Pro Evolution Soccer (PES) 2014 title.

As the company is an exclusive holder of the UEFA Champions League competition, the game's global packaging will highlight PES 2014's replication of the competition.

Konami has also released its Latin American covers for PES 2014, showcasing the players and leagues that make up some of the most exciting soccer squads in the world. The Brazil cover includes some of the country's most renowned stars and teams including Santos, Palmeiras and Corinthians. PES 2014 also features a region wide cover for Latin America, which pays homage to the Copa Bridgestone Libertadores teams, which are exclusively licensed in PES 2014.

Further, fans who pre-order Pro Evolution Soccer 2014 from certain retailers will be given DLC codes to add classic Latin American and European kits to the main game. These include famed sides such as AC Milan (1989-90), Manchester United (1998-99), Santos (1968), Colo Colo (1992) and Boca Juniors (1997). Additional digital pre-order DLC will add current third kits for teams such as Manchester United, Inter Milan and Juventus. 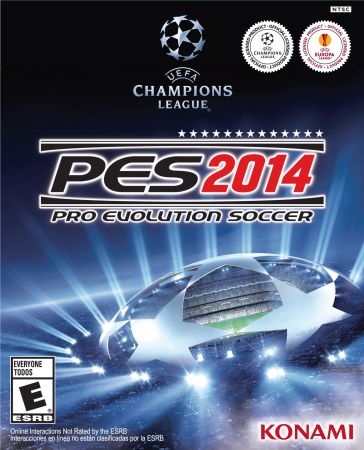