Capcom has confirmed that DuckTales: Remastered will release across North America and Europe as a digital download today.

Originally released in 1989 on the Nintendo Entertainment System, DuckTales was widely acknowledged as one of the generation’s seminal platform titles. DuckTales: Remastered once again follows the adventures of Scrooge McDuck and his nephews – Huey, Dewey and Louie, as they explore different themed worlds on their search for five legendary treasures.

Development team at Way Forward took the levels and layout from the original release as a foundation before expanding upon them to enhance the gameplay experience. All of the visuals from the 8-bit game have been re-created as hand-drawn and animated sprites, across a backdrop of re-envisioned level backgrounds. Original Disney Character Voices talent, including some from the cartoon TV series, bring in-game characters to life alongside the original soundtrack.

DiRT Rally
Online
There are currently 0 members and 122 guests on the website right now. Who's On?
Activity in the past 10 minutes: 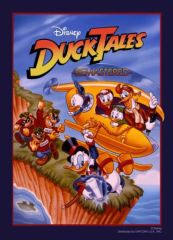