Annual football sim title is on the way with improvements

EA SPORTS has announced the annual release of FIFA Manager 14 is coming this Fall, featuring updated teams and kits of the upcoming Season 2013/2014.

In addition to usual improvements, the predecessor’s unlockable features, such as the team matrix, rumor mill, psychological profile, manager home or expanded statistics, will be available from the start in the new version.

The international and national name pool (surnames, and male and female names) will undergo a complete overhaul. As usual, the game will feature thousands of players, and hundreds of leagues and cups thanks to ongoing licensing agreement with FIFA Federation.

FIFA Manager 14 will be available on PC.

FIFA Manager 14 to be the final game in the series
Prev:
Grid 2 adds mod support in upcoming update
Next:
Home Gold and sharing digital games on Xbox One

FIFA 11
Online
There are currently 0 members and 115 guests on the website right now. Who's On?
Activity in the past 10 minutes: 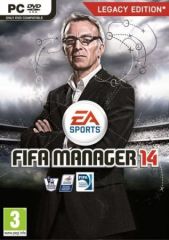