Yet another club becomes an official partner for EA Sports

Electronic Arts has signed a second agreement within a week to become a club’s Official Football Video Gaming Partner, this time with Liverpool FC, commencing from the start of the 2013-14 Barclays Premier League season.

EA has captured 360 degree 3D digital head scan images of the Liverpool FC team, including Steven Gerrard, Daniel Sturridge and Philippe Coutinho, which will be featured in FIFA 14.

Liverpool FC fans will have the opportunity to play FIFA 14 at Anfield for selected fixtures throughout the season. EA SPORTS Goal of the Month will also offer fans the chance to upload their best FIFA 14 goals for a chance to win great prizes all season long.

Fans will also have access to a free download of a special FIFA 14 cover featuring three of the Kop’s favorite players. EA SPORTS will create exciting LFC content throughout the season, such as match simulations, wallpapers and behind-the-scenes images of a FIFA 14 pro-player tournament.

FIFA 14 will launch in late September on current gen platforms, with next-gen to follow later this year. 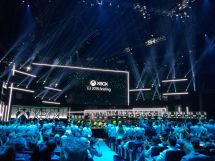 Multiplayer in free to play games on Xbox no longer requi...
Fans can now enjoy free-to-play games with online multiplayer without paying
21 days ago
F1 2021 announced
Racing series returns with new story mode, under new publisher
27 days ago
NieR Replicant remake will include extras
New dungeons, soundtrack, and more is in the upcoming edition
22 days ago
Immortals Fenyx Rising - The Lost Gods out now
Final narrative DLC is released for action adventure game
19 days ago