The Lego Movie Videogame in development

Upcoming title to tie in with the film

Warner Bros. Interactive Entertainment and TT Games have announced that The LEGO Movie Videogame will be available in 2014 alongside The LEGO Movie.

In a scenario drawn from the film, The LEGO Movie Videogame puts LEGO kids into the role of Emmet, an ordinary, rules-following, perfectly average LEGO minifigure who is mistakenly identified as the most extraordinary person and the key to saving the world.

Players will be able to collect and use LEGO instruction pages to build construction sets or harness the awesome power of the Master Builders to virtually build LEGO creations along the way. Included are more than 90 characters inspired by the film and 15 levels.

The LEGO Movie Videogame will be released for Xbox One, Xbox 360, PlayStation 4, PlayStation 3, Wii U, and PC.

Lego Marvel Super Heroes
Online
There is currently 1 member and 206 guests on the website right now. Who's On?
Activity in the past 10 minutes: 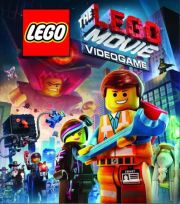 All videos for Lego Movie Videogame (2)