Capcom has confirmed that the third person action adventure title Remember Me released today across North America and will on June 7 for European territories.

Remember Me transports gamers to 2084 and the city of Neo-Paris where, thanks to a device known as the Sensen, its citizens can now digitize their memories and then not just share but trade or sell them. These citizens are blissfully ignorant to the way that their memories are being used by the company behind the Sensen technology, Memorize, and how their overuse of technology is eroding their identity. It is only the Errorists, led by Edge, who see the threat and, with the help of the game’s protagonist, Nilin, set about to bring the corporation down.

Also launching today on iTunes, Amazon and Spotify and other digital music platforms is the original soundtrack to Remember Me. Scored by Olivier Deriviere, the soundtrack was recorded by the Philharmonia Orchestra before being digitally processed.

Remember Me is available at retail for the PlayStation 3, Xbox 360 and Windows PC. The title will also be available to download digitally starting today via the PlayStation Network Store and Steam, with a Games on Demand version for Xbox 360 to follow.

Olivier Deriviere to compose Remember Me soundtrack
Remember Me coming in June
Fan content to appear in Remember Me
Prev:
Remember Me released
Next:
Fable Anniversary in development 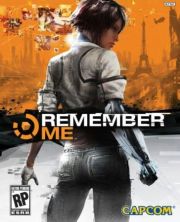 All videos for Remember Me (4)