Nathan Fillion not planning to star in Uncharted movie

During the Calgary Expo 2013 over the weekend, Nathan Fillion has said in his Q&A sessions that there are no plans for the actor to become Nathan Drake in the upcoming Uncharted film.

During the question panel at the Con, the actor was asked by a member of the audience if there is any truth to the rumours on the Internet that he would be taking on the iconic role. Fillion was first quick to remind the audience that they shouldn’t believe everything on the Internet, and then commented on the possibility.

”You see, there are different stratospheres to fame. Some actors are here, while others are way higher than that. I am here [at the lower end]. The guys involved with the Uncharted movie are way up here [raised his hand],” said Fillion, gesturing to various height levels, as the audience loudly disagreed. ”There are big names, big money, and big studios involved with that project. These people are in the business of making money and they know what they are doing; the rumored star to play Nathan Drake is Mark Wahlberg who is a great actor.”

”Just trust in the people involved, they will do the best they can. Personally, I don’t think I am there yet, to be considered for big motion pictures,” said the actor. In a later question, he also stated that following the current role as Castle on the long running TV series of the same name, Fillion plans to take on smaller projects so that he can diversify and accomplish more in any given year.

The film adaptation of the Uncharted series of games is currently being developed by Columbia Pictures. There have been no recent updates on the production, which has already seen writers David O. Russell and Neil Burger dropping out of the project. About a year ago, it was announced that the PlayStation exclusive Uncharted franchise topped 17 million sales across 3 games. 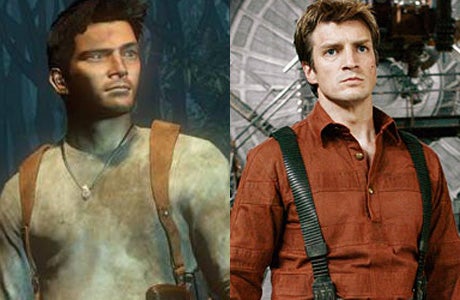 Battlefield 1943
Online
There are currently 0 members and 117 guests on the website right now. Who's On?
Activity in the past 10 minutes: