Bethesda teases The Evil Within

Bethesda Softworks today announced the planned release of The Evil Within, a survival horror game developed at Tango Gameworks under the direction of Shinji Mikami.

Best known as the creator of the Resident Evil series, Mikami is a 20-year veteran of the industry who has developed numerous award-winning titles.

“We’re incredibly proud to announce The Evil Within. My team and I are committed to creating an exciting new franchise, providing fans the perfect blend of horror and action," said Mikami.

The Evil Within is in development for the Xbox 360, the PlayStation 3, the PC, and next generation consoles. The game is slated for release in 2014. More information about the title will be revealed next week. 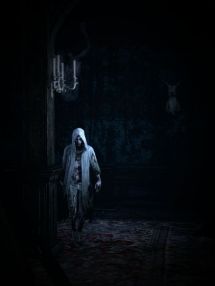 Our Review of Evil Within
72%
Good
Reviewed on PlayStation 4
"Falls in a lackluster middle ground and never quite terrifies"
Game Ranking
Evil Within (PlayStation 4) is ranked #939 out of 1668 total reviewed games. It is ranked #76 out of 152 games reviewed in 2014.
938. Dying Light
PC
939. Evil Within