Activision has announced that Revert Pack, the downloadable content for Tony Hawk’s Pro Skater HD, will be released worldwide on December 4 for Xbox LIVE Arcade, PlayStation Network, and Steam for $4.99.

Tony Hawk’s Pro Skater 3 HD Revert Pack expands on the game’s formula with the inclusion of three levels from the original Tony Hawk’s Pro Skater 3 (Airport, Los Angeles, and Canada). Skateboarding legends Steve Caballero and Geoff Rowley make their return to the world of Tony Hawk games and James Hetfield and Robert Trujillo from Metallica make an appearance as playable characters. The Metallica track “All Nightmare Long” has also been added.

Activision has also confirmed that a free title update will implement the Revert mode into the title as well. Players will be able to experience their favorite levels like never before and create combos. Look for this update to hit the week of the DLC release. 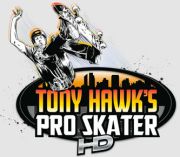