The next game in the adventure series in development

Funcom has announced that Dreamfall Chapters, the long-awaited sequel to the adventure title Dreamfall: The Longest Journey, has gone into pre-production at Red Thread Games, a new studio founded by Ragnar Tørnquist, creator of The Longest Journey saga.

Red Thread Games will independently fund and produce the sequel to Dreamfall, and has entered into a revenue sharing agreement with Funcom as part of the licensing deal. Funcom owns the intellectual property rights for The Longest Journey, but due to the company’s focus on and commitment to the development of online games, the decision was made to license the rights to Mr. Tørnquist and his new development studio.

“I'm very excited to finally have the opportunity to continue the 'The Longest Journey' saga,” says Ragnar Tørnquist. “Ever since we ended 'Dreamfall' on a nail-biting cliffhanger, players have been rightfully demanding a sequel, and my deal with Funcom will finally make that possible. I'm extremely grateful to Funcom for this unique and exciting opportunity, and I can't wait to dive back into the universe I helped create more than a decade ago, and continue the story players have been waiting for these past six years."

No release window or platforms were provided for the game. 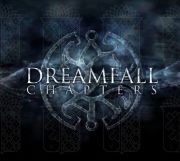 All videos for Dreamfall Chapters (7)