Attitude Era Superstars Pack will include Rikishi, Scotty 2 Hotty, Grand Master Sexay, Gangrel and Val Venis; an Accelerator that enables players to unlock all in-game items, as well as customize individual WWE Superstar attributes. This pack is scheduled for release on October 30, 2012 in North America.

Uncharted 2: Among Thieves
Online
There are currently 0 members and 81 guests on the website right now. Who's On?
Activity in the past 10 minutes: 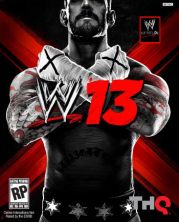