2K Games has announced that XCOM: Enemy Unknown, the upcoming action-strategy game from Firaxis Games, will include a unique multiplayer game mode featuring a one-on-one deathmatch against another player, for the first time in an XCOM game.

“Throughout the history of the XCOM series, players have acted as the world’s last hope against the alien invasion,” said Jake Solomon, lead designer of XCOM: Enemy Unknown. “With the multiplayer mode in XCOM: Enemy Unknown, gamers can finally find out what it’s like to command alien units and unleash extraterrestrial destruction on Planet Earth or defend it with a squad of XCOM soldiers and alien allies.”

Players can mix and match both alien and soldier units to comprise their squad, outfitting soldiers with dozens of armor types, weapons, items and class-based abilities. These squads of up to six units are built using a point cap that can be scaled for players to fight in small skirmishes all the way up to large battles. Matches can be modified by point limit or time limit per turn. Just like the single-player experience, the fog of war will conceal your enemy’s units until you encounter them on the battlefield.

XCOM: Enemy Unknown will be available for Windows PC, Xbox 360, and PlayStation 3 in North America on October 9, 2012 and internationally on October 12, 2012. 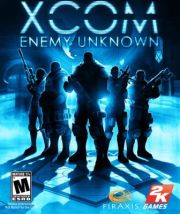 All videos for Xcom: Enemy Unknown (2)