Publisher is making money once again

THQ has reported financial results for the first quarter of FY 2013 which ended June 30, 2012.

Q1 net sales were $38.5 million, above the expected $25 - $30 million. The company’s digital revenues were $13.4 million, or 35 percent of net sales. THQ transferred its license to develop future video games based on the Ultimate Fighting Championship (UFC), which resulted in a cash payment to THQ by the licensor.
The company has also handed back IP rights to Guillermo del Toro for his horror game, Insane.

“We have made significant progress reshaping the company. With the changes implemented over the last several months, we are in a much better position today to deliver on our pipeline of games,” said THQ Chairman and CEO Brian Farrell. 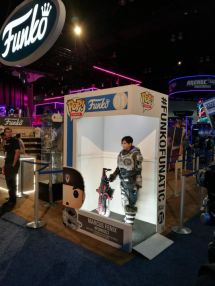