2K Sports announced today that they have crowned a champion in the Major League Baseball 2K12 Perfect Game Challenge. The winner, 21-year-old Christopher Gilmore of Melbourne, Fla., was awarded $1 million for winning a live, single-elimination tournament at the MLB Fan Cave in New York City.

Gilmore prevailed in the head-to-head tournament by defeating 25-year-old Charles Bates of Conway, Ark. in the tournament final, 10-1. The tournament field was made up of the top-eight ranked individuals from a massive qualifying phase that included more than 900 verified perfect games and nearly 1,000,000 attempts.

The eight finalists were determined by a dynamic leaderboard ranking the “most perfect” games thrown. 2K Sports used an algorithm to rank individual perfect games based on degree of difficulty (such as the opposing team’s offensive prowess and selected pitcher’s skill) and degree of perfection (number of strikeouts, pitching efficiency).

Major League Baseball 2K12 is available on the Xbox 360, PlayStation 3, and Windows PC.

WWE 2K22
Online
There are currently 0 members and 95 guests on the website right now. Who's On?
Activity in the past 10 minutes: 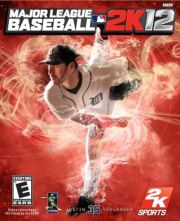