Codemasters will remain the home of official F1 games with the confirmation that it has extended its partnership with Formula One World Championship Limited in a further multi-year agreement to develop and publish multiple titles for video game consoles, personal computers, mobile devices and online platforms.

Bernie Ecclestone, Formula One group CEO, said: “Codemasters has created some of the best and most successful Formula One games to date. We and the teams work closely with them and look forward to creating more award winning games together in the future.”

Codemasters will continue to produce the official F1 game for worldwide release; development will remain with the BAFTA award-winning studio team at Codemasters Birmingham.

The license portfolio will be expanded with F1 Online, a free-to-play online management and racing game, which will go live this spring. An additional F1 title for a family audience is due this holiday season with details to be announced.

Online
There are currently 0 members and 207 guests on the website right now. Who's On?
Activity in the past 10 minutes: 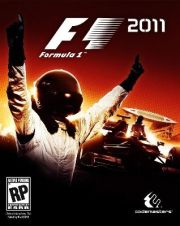