The new DLC includes the Sweat Invaders’ “Cardiac Caress,” “Merengue” and “Boomsday,” and The Sunlight Shakers’ “Who let the Dogs Out?”.

Just Dance 3 is in stores now for Xbox 360 and PlayStation 3. 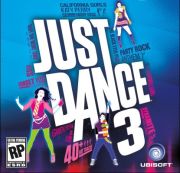