Teams at Eurocom and Activision have announced that a GoldenEye 007: Reloaded single-player demo is now available on the PlayStation Network (available tomorrow on Xbox Live and PSN Europe).

The demo contains the first level of the game, set in a colossal dam housing a chemical weapons facility in Arkhangelsk, Russia. Highlights of the mission include infiltrating the compound deep behind enemy lines utilizing James Bond's combination of action and stealth.

GoldenEye 007: Reloaded is in stores now and was developed by Eurocom for the Xbox 360 and PlayStation 3. 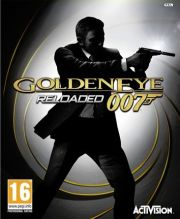