Kalypso Media has announced that Tropico 4 for the Xbox 360 is now available in retail outlets throughout North America.

Recently released on Windows PC, Tropico 4 puts players in the role of El Presidente, the newly elected leader of the island of Tropico. Tasked with turning the island from a banana republic backwater into a global superpower, players will develop the island’s economy while dealing with global superpowers and the island’s citizens in a fine balancing act that will test players’ political, financial and social acumen.

Tropico 4 on Xbox 360 features a slightly modified control scheme in order to adapt to controller input. 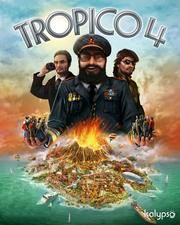