EA hires TV Talent to star in NFS The Run

Electronic Arts has announced that Christina Hendricks and Sean Faris will star in the upcoming action racing game Need for Speed The Run.

The video game will feature the actors as lead characters in the story taking players on a cross-country race from San Francisco to New York. Powered by Frostbite 2, Black Box Studio makes its return to the franchise.

“Need for Speed The Run brings unprecedented racing action into an expansive race course which encompasses a coast-to-coast race from the Golden State to the Empire State,” said Jason DeLong, Need for Speed The Run Executive Producer. “Our innovative, all-new performance capture technology pushes the boundaries of character animation allowing us to perfectly capture Christina and Sean’s likeness resulting in an engaging narrative experience coupled with top-notch racing.”

Christina Hendricks, the Emmy and Golden Globe nominated actress who plays Joan Harris in the hit AMC drama Mad Men, makes her videogame debut in Need for Speed The Run as Sam Harper: a woman with ambition, street smarts and a penchant for lightning fast cars. In this illicit, male-dominated racket, she’s betting on Jack, the story’s protagonist, by fronting his $250K race buy-in in hopes of winning the $25 million prize.

“It’s very exciting to be part of Need for Speed The Run. I’ve never been a video game character before so this is definitely a first for me. It’s been fantastic fun to do something so different and to show a different side of myself as well,” said Christina Hendricks.

Sean Faris (The Vampire Diaries, Never Back Down) gets in the driver’s seat as Jack Rourke in Need for Speed The Run. One of the best drivers around, Jack’s cockiness and arrogance has led him into a debt he can’t repay. The mob has put a price on his head, and it’s a lofty one. He’s looking for a way out and only Sam can help.

“I’ve definitely done my share of intense action scenes in movies but it’s totally different and thrilling to actually be a character and driver in Need for Speed The Run. I got a kick out of seeing myself in the game, it’s totally me! I’m a huge fan of the Need for Speed series so I jumped at the opportunity to be a part of the game,” said Sean Faris.

Developed by Black Box, an EA studio, Need for Speed The Run will be available November 15, 2011 in North America and November 17, 2011 in Europe for the Xbox 360, PlayStation 3, and Windows PC.

Need for Speed The Run released
Need for Speed the Run Demo coming this month
Sports Illustrated partners with EA and NFS The Run
Prev:
EA hires TV Talent to star in NFS The Run
Next:
Ratchet & Clank: All 4 One available now 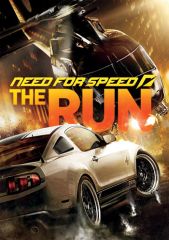 All videos for Need for Speed The Run (6)