Blizzard kicks off closed beta test for the RPG

Blizzard Entertainment has announced that the closed beta test for Diablo III has begun.

The company has started issuing the first wave of invitations to participate in the testing process and is planning to add more participants over the course of the beta test.

In the Diablo III closed beta test, participants will be able to fight their way through part of Act I as any of the five hero classes - barbarian, witch doctor, wizard, monk, and demon hunter - and go up against the Skeleton King, taking him on alone or playing cooperatively with other adventurers. They’ll also get to meet up with some of the artisans, followers, and other key characters from Sanctuary, and try out the game’s skill and crafting systems.

"This closed beta test is an important milestone for us as we enter the final stages of development on Diablo III," said Mike Morhaime, CEO and cofounder of Blizzard Entertainment. "Our goal is to create the best action role-playing game experience to date, building on everything we’ve learned since the release of Diablo II and incorporating the powerful features of the new Battle.net platform. We hope players enjoy participating in the beta test and we look forward to hearing their feedback."

Diablo III is set to continue the Diablo storyline, with players taking their role in the ongoing struggle to save the world of Sanctuary from the corrupting forces.

Diablo III will be localized and released in multiple languages; however, the beta will be English-only. There is still no release window for the game. 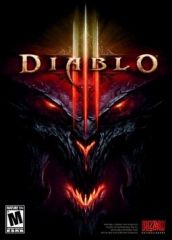 Our Review of Diablo 3
80%
Great
The Verdict:
"An addictive dungeon crawler with great replay value and strong foundations. Always online requirement hurts solo players. "
Game Ranking
Diablo 3 is ranked #421 out of 1665 total reviewed games. It is ranked #42 out of 145 games reviewed in 2012.
420. Supreme Commander
PC
421. Diablo 3