EA Sports has announced that the NHL 12 demo is available beginning today through PlayStation Network and Xbox LIVE. The demo will feature three modes – Play Now, Be A Pro, and Hockey Ultimate Team.

Fans can get exclusive early access to download the full version of NHL 12, beginning September 9 at 6pm EST in North America as a subscriber of EA SPORTS Season Ticket. Digital download will time-out at 6am EST on September 13 in North America.

EA SPORTS Season Ticket is a new program that provides four new premium benefits for an annual fee of $24.99 or 2000 Microsoft Points: to include access to play all participating EA SPORTS games via a full-game digital download three days before consumers have the option to purchase a disc at retail launch.

New in EA SPORTS NHL 12 is the introduction of legends; nine former NHL greats – Wayne Gretzky, Gordie Howe, Mario Lemieux, Chris Chelios, Ray Bourque, Patrick Roy, Jeremy Roenick, Steve Yzerman, and Borje Salming – that will be integrated into the game across virtually every mode, including the new Be A Legend Mode.

NHL 12 is being developed at EA Canada and is coming to Xbox 360 and PlayStation 3 on September 13th. 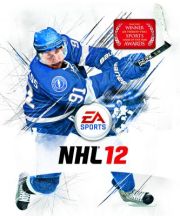