Special edition of the upcoming RPG detailed at QuakeCon

At the end of a QuakeCon presentation today, game director Todd Howard confirmed existence of a Collector’s Edition for Skyrim.

In addition to including the game, this premium version of Skyrim also includes:
* Alduin Statue: Created in conjunction with the IP Factory, this collector’s only statue stands 12” tall and is made of high quality PVC. Modeled from actual in-game 3D digital files, it showcases Alduin, the World Eater. He stands perched atop one the game’s many dragon walls that teach the player the lethal language of dragons.
* ‘The Art of Skyrim’ Official Art Book: Featuring over 200 pages of full-color illustrations, sketches and models, this stunning 9 3/8” x 12 1/8” coffee table book showcases the characters, creatures, environments, and weaponry of Skyrim.

* ‘The Making of The Elder Scrolls V: Skyrim’ DVD: This documentary DVD contains exclusive, behind-the-scenes footage, including interviews with the Bethesda Game Studios team as they take you from concept to creation and provide insights into the story, gameplay, setting, legacy of the Elder Scrolls franchise, and much more. 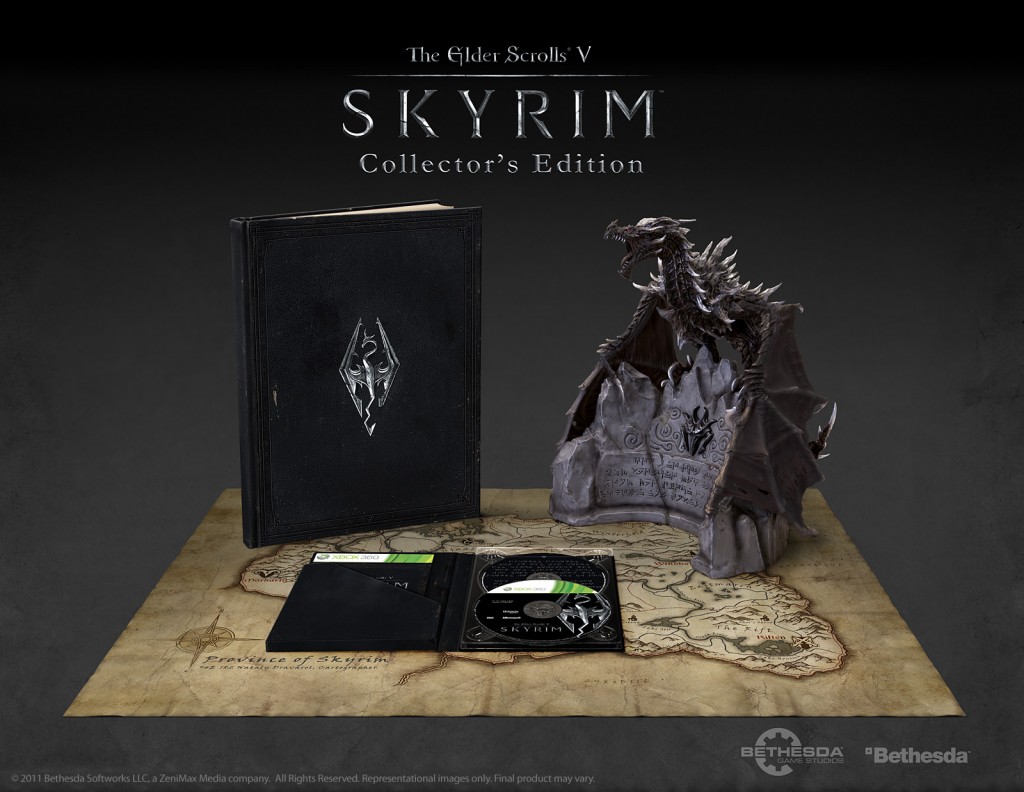