2K Sports has revealed that NBA 2K12, the next installment of the NBA video game simulation franchise, will offer three separate covers for the PlayStation 3 and Xbox 360 featuring three of the NBA’s greatest legends of all time, Michael Jordan, Larry Bird and Magic Johnson.

The new stylized NBA 2K12 covers are a unique, one-time departure from the traditional 2K Sports brand artwork, and will spotlight each legendary athlete on his famous team: the Chicago Bulls, Boston Celtics, and Los Angeles Lakers. The covers featuring Bird and Johnson will be available at launch in a limited quantity.

“Bringing Michael Jordan to the virtual hardwood last year was a huge success for NBA 2K11 ; however, we didn’t want to stop there,” said Jason Argent, vice president of marketing for 2K Sports. “We’re bringing ‘His Airness’ back to the NBA 2K franchise as part of a multi-year extended partnership, along with two other legendary icons – Larry Bird and Magic Johnson – for a special cover athlete collection representing the NBA’s greatest heroes.” 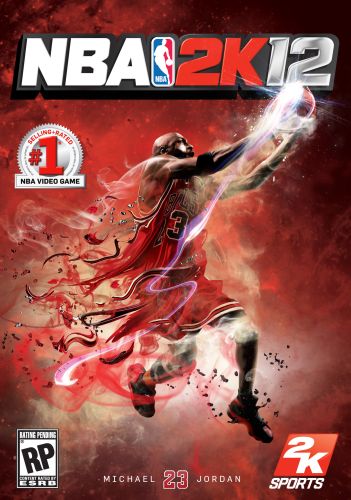