The package will be available in limited quantities, and will be available alongside the regular edition release. No pricing was yet announced, but multiple retailers are listing the collection at the standard $99.

Set inside the heavily fortified walls of a sprawling district in the heart of Gotham City, this sequel introduces a new story that draws together an all-star cast of classic characters and villains from the Batman universe.

Batman: Arkham City is based on DC Comics’ core Batman license. The game is set to release on October 18th for Xbox 360, PlayStation 3, and Windows PC. 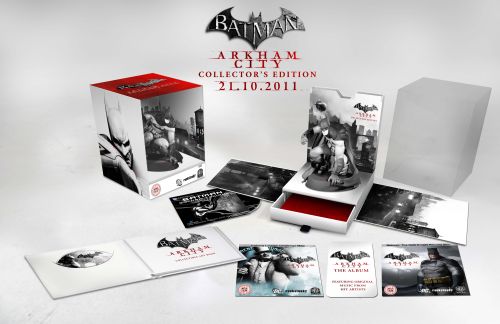 All videos for Batman: Arkham City (8)