Get a taste of Cole's new adventure

The demo for InFamous 2 is available now on the PlayStation Store, PSBlog reports. Players can get a taste of Cole’s new adventure and sample the action you’ll be experiencing in the game when it hits stores next week.

Users can play a mix of story missions and side quests and navigate New Marais with Cole’s new parkour skills as well as explore missions from dual karmic sides, as both good and evil Cole. Face enemies with Cole’s electrical powers, his new Amp melee weapon, and conjure the incredibly powerful Ionic Vortex.

Walmart stores across the US will be open at midnight on June 6th, letting players get an early start creating their own inFamous levels with the new UGC features, and can score an exclusive inFAMOUS poster with the game purchase at participating 24-hour Walmart stores (quantities are limited).

The demo can be downloaded now from PS Store. InFamous 2 is set to release on June 7th only on PlayStation 3. 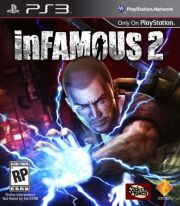