For better or for worse, The franchise isn't planning to be going away anytime soon.

Halo fans, you better have saved room for seconds, because there is more on the way.
343 Industries creative director Frank O'Conner told IGN the franchise is being planned out for the next several years.
"We do have a plan that goes out at least six years," O'Conner says. "Eventually, it will become very apparent that there is a plan for the way the canon all ties together and the way the comic books and the novels all tie together."
O'Conner also hinted that fans haven't seen the last of Master Chief, either.
"I think that (his) fate, Cortana's fate and the identity of that giant, dark planet at the ending (on the game's hardest skill level) — that's a spoiler — are probably big mysteries that would be irritating if they were just cliffhangers," he said.
As for the much-anticipated Halo movie, O'Conner said the project is currently on hold.
"We're being very careful to pick the right time and the right partner," he said.
The franchise will see several spin-offs in the coming year, including Halo: Reach for Xbox 360 scheduled for next year, Halo: Helljumper, a comic series from Marvel, and Halo Legends, an animated short series, along with other books and action figures.

Halo Wars 2
Online
There are currently 0 members and 103 guests on the website right now. Who's On?
Activity in the past 10 minutes: 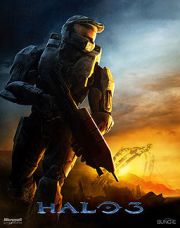