After a troublesome launch of the new open-world racing game with MMO elements, the developers behind Test Drive Unlimited 2 have issued an open letter to fans.

The letter thanks everyone for their patience, and as compensation the developers have released a previously-paid DLC for free. The letter follows:

"Thank you for your continued support and feedback. Our community has been amazing and helped us quickly identify a number of issues, which we have made significant progress in addressing in the upcoming patches.

We really appreciate your patience in this matter and we would like to announce that we will be making the first premium DLC for the game free for everybody as a way of saying thank you. "The Exploration Pack" contains new wrecks to be discovered that unlock the Lancia Stratos version Rallye and 1969 Dodge Charger."

A patch was also released for PC, and will be on consoles in the near future. It covers issues such as login problems, Save games corruption, friends lists, and the Club feature.

Test Drive Unlimited 2 is now in stores for PC, Xbox 360, and Playstation 3. 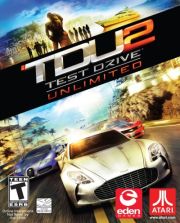 All videos for Test Drive Unlimited 2 (1)