Spellbound Entertainment and JoWooD have announced that a new patch for ArcaniA - Gothic 4 on PC is now ready for download. This update slightly alters specific gameplay dynamics, increases the overall performance and gets rid of rare crashes.

This patch will be installed automatically via the auto-updater. Arcania - Gothic 4 is now in stores for PC, Xbox 360, and Playstation 3. 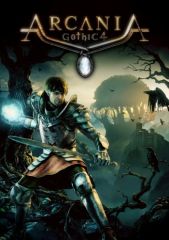