Sony has announced that over 30 games are confirmed and expected to arrive within one month of the February 22 launch of the PlayStation VR2 launch.

The launch window through March will see the releases of games such as Horizon Call of the Mountain, No Man’s Sky, and Resident Evil Village. A free PS VR2 update for Gran Turismo 7 is also on track for launch day. Other confirmed games include Kayak VR: Mirage, Thumper, Rez Infinite, and more new and ported games from PS VR1.

The full list can be found at the PS Blog. 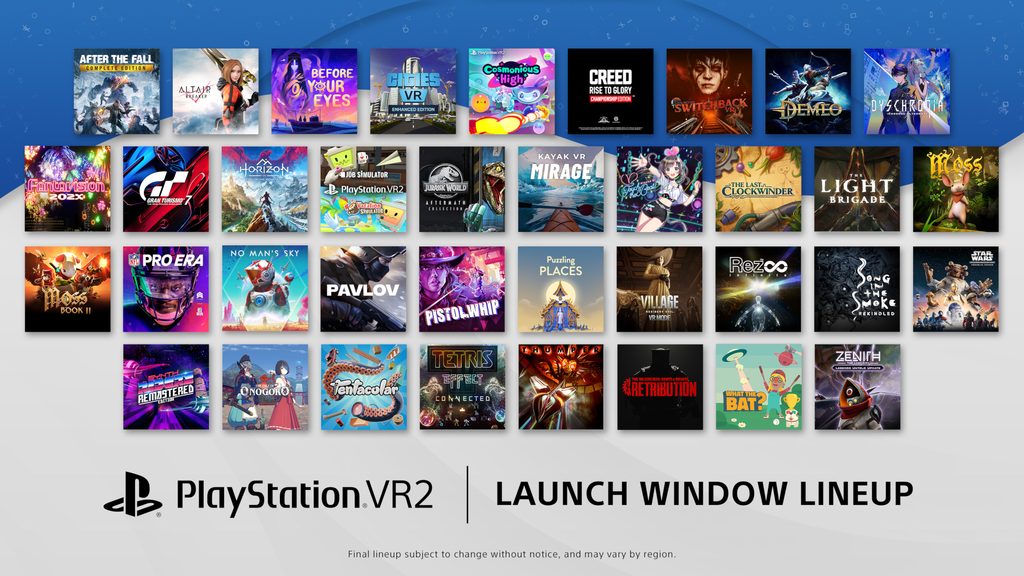