Frictional Games have announced Amnesia: The Bunker, a survival-horror game that is set for release in March 2023. Set in a World War 1 bunker, players must explore a semi-open world environment and find tools and weapons to use against a persistent threat that reacts to your every move.

You play as a French soldier, Henri Clément, and have at your disposal a dynamo flashlight and a revolver. The game is said to include randomization and unpredictable behavior, which means every playthrough will be different. The game description also reveals there will be crafting elements and multiple solutions to puzzles.

Amnesia: The Bunker is coming to PC and consoles. Amnesia: The Bunker out in May
Prev:
Free Games with Gold for December 2022
Next:
WH40k: Darktide out now

Amnesia: Rebirth
Online
There are currently 0 members and 160 guests on the website right now. Who's On?
Activity in the past 10 minutes: 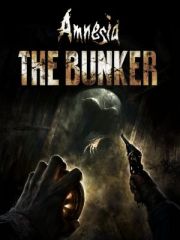 All videos for Amnesia: The Bunker (1)