TaleWorlds Entertainment have announced that Mount & Blade II: Bannerlord is out today.

Mount & Blade II: Bannerlord combines medieval combat, with strategy elements in the sandbox continent of Calradia set 200 years before the event of its previous game, Mounty & Blade: Warband. In Mount & Blade II: Bannerlord, players will experience the collapse of the Calradian empire and take a protagonist role in its demise or its survival. Starting as a low warrior of one of the key factions of the continent players can create their own story rising through the ranks to become a powerful warlord, even a king.

Bannerlord was initially released on Early Access on March 30, 2020, and since then has received numerous updates with new gameplay features that have released over the course of these months. 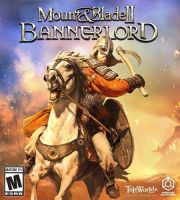