Multiplayer RPG will no longer be playable after February 2023

Today Square Enix have revealed that Babylon's Fall will reach end of service on February 27, 2023 at 11:00 p.m. (PT). From this point, the game will no longer be playable. All gameplay data on the servers will be deleted. This is less than one year after it launched, back in March of 2022.

The game will no longer be sold from September 13 onwards, and in-game currency will no longer be purchasable. Updates that had been planned for the game have now been canceled. Season 2 will run until November 29, 2022, as scheduled, and the Final Season will begin with the maintenance scheduled on the same day. To see the full announcement, head over to the Hanging Gardens website.

The developers plan to implement many events as a way to reward players who bought the game. Babylon's Fall released on PC, PlayStation 4, and PlayStation 5 on March 3, 2022.

Dark Void
Online
There are currently 0 members and 107 guests on the website right now. Who's On?
Activity in the past 10 minutes: 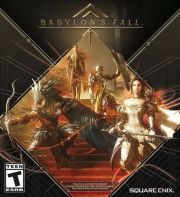 All videos for Babylon's Fall (3)