Second Extinction out in October

First released in 2020 in Early Access, Second Extinction pits teams of up to three players against swarms of bloodthirsty dinos in fast-paced battles across Earth’s post-apocalyptic wastelands. Equip a range of weapons and abilities and fight against dinosaurs long thought extinct — now mutated and deadlier than ever.

Second Extinction will be available on Xbox Series X|S, Xbox One, PC, and via Xbox Game Pass. Generation Zero
Online
There are currently 0 members and 90 guests on the website right now. Who's On?
Activity in the past 10 minutes: 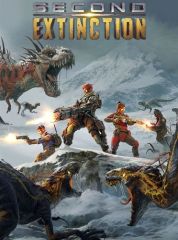 All videos for Second Extinction (2)