Dead Island 2 out early next year

Publisher Deep Silver and developer Dambuster Studios have announced that Dead Island 2 will launch on February 3, 2023.

The game was first announced in 2014, but has been put on hold and had to switch developers a few times since then.

The re-revealed Dead Island 2 is a first-person action-RPG set in LA. A deadly virus is spreading across Los Angeles, turning its inhabitants into ravenous zombies. The city is under quarantine and the military have retreated. Bitten, infected, but more than just immune, you learn to harness the tainted zombie powers running through your veins. Only you, and the handful of other swaggering assholes who happen to be resistant to the pathogen, hold the future of Los Angeles (and humanity), in the balance.

There are six characters to choose from, each with their own unique personality and dialogue. You can fully customize the abilities of each Slayer, with a skill system allowing you to re-spec instantly and try out the craziest builds. The game promises quests, a crazy cast of characters, and a story packed with dark comedy. It also supports co-op mode for up to three players.

Dead Island 2 will be released on Xbox Series X|S and Xbox One, PlayStation 5 and PlayStation 4, Google Stadia, and PC via the Epic Games Store. 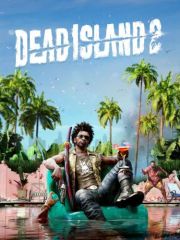