Electronics Arts and Juventus have announced a new, multi-year partnership, which will see Juventus return to EA SPORTS video games starting with FIFA 23 later this year.

This partnership will see EA SPORTS become Juventus’ exclusive Sport Video Gaming Partner, with a fully authentic in-game integration that will feature Juventus’ stadium, Allianz Stadium, along with the club’s logo and kits.

For the past three years, Juventus were exclusive to Konami and their PES football game franchise.

FIFA 23 will be available worldwide on September 30. 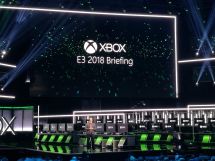 World of Warcraft: Wrath of the Lich King Classic out in ...
The 2nd original expansion to MMO has been recreated
23 days ago
Mario Strikers: Battle League gets first DLC
Couple of new characters and an arena added
30 days ago
Free Games with Gold for August 2022
Sim games, stealth, and action offered next month
20 days ago
FIFA 23 announced
Annual sports title coming this Fall
29 days ago