The crossover DLC returns to the racing game

The new DLC is coming July 19, and offers a new Horizon Hot Wheels Park in the clouds high above Mexico. The new Park has some of the fastest, most extreme tracks ever in a Horizon game, including more than 200 kilometres of twisting, looping iconic orange track. It also comes with new driving experiences such as gravity defying magnet tracks as well as ice, water flume, and rumble tracks.

There are also four new biomes, including the rugged Giant’s Canyon; the Ice Cauldron where frozen tundra drips into the glistening molten lava; Forest Falls which takes you high above the tree canopy and over waterfalls, and finally, the Horizon Nexus, where the Horizon Festival is suspended among a web of Hot Wheels tracks.

Players can enjoy the entire expansion from the very beginning in co-op. You can also compete and take on the world in Horizon Open, or team up and race a team of Drivatars in Horizon Tour. Free Fast Travel is also immediately unlocked for all players at the Horizon Hot Wheels Park.

Forza Horizon 5: Hot Wheels is included in the Forza Horizon 5 Premium Add-ons Bundle, Premium Edition, and Expansions Bundle – and will be available for standalone purchase at $19.99 USD. 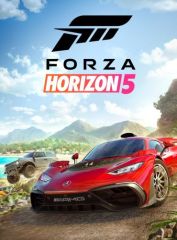