Agreement to bring games from the publisher to the program

Riot Games and Xbox have announced that Riot’s biggest titles are coming to Game Pass this winter. 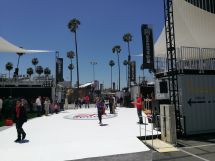 World of Warcraft: Wrath of the Lich King Classic out in ...
The 2nd original expansion to MMO has been recreated
24 days ago
Free Games with Gold for August 2022
Sim games, stealth, and action offered next month
21 days ago
Mario Strikers: Battle League gets first DLC
Couple of new characters and an arena added
31 days ago
Call of Duty Modern Warfare II Beta details announced
Call of Duty: Next event scheduled for mid-September
12 days ago