NACON and Crea-ture Studios have announced that Session: Skate Sim will launch on September 22, 2022.

The game was first announced in 2018 and has spent a few years in Early Access. Session invites players to dive into the genuine 1990s skateboarding way of life, when each stretch of pavement and each stairway was a great location for your favourite stunt.

The game's realistic physics bring the sensations of skateboarding to life, and the studio has even integrated ground-breaking gameplay, a first in a skateboarding game: the "True Stance Stick", where each foot is independently managed using the two sticks. With a learning curve that is just as demanding as in real life, players have to practise how to control their board and pull off all the different stunts available in the game. 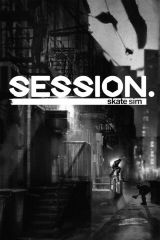 All videos for Session: Skate Sim (3)