Annual Formula 1 game will return this year with more changes

The game lets players take their seats for the 2022 FIA Formula One World Championship in new hybrid cars, as overhauled rules reimagine the race weekend with the inclusion of F1 Sprint races. With a more competitive and unpredictable line-up, players will test their skills across the 2022 calendar, including the International Autodrome for the inaugural Miami Grand Prix.

In another first, F1 Life is a customisable hub to show off your collection of supercars, clothing, and accessories, earned via gameplay, Podium Pass, and the in-game brand store. Players can pre-order the Champions Edition now, which includes three days early access and a time-limited Miami inspired content pack.

For new and casual fans, the new Adaptive AI keeps less experienced players competitive throughout each race, with opposing AI racers tailored to match the skill level. Accessible menus and handling also return to help players get to the action quickly without the need to understand the complexities of the sport. The refreshed Practice Programs offer more variety with new scoring systems and on-track visualisations. Prev:
Sherlock Holmes Chapter One comes to PS4 next week
Next:
Splatoon 3 out this September

DiRT 5
Online
There are currently 0 members and 128 guests on the website right now. Who's On?
Activity in the past 10 minutes: 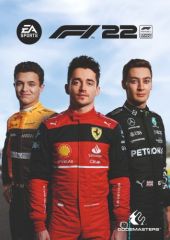