Trek to Yomi launches in May

Devolver Digital and Flying Wild Hog have announced that Trek to Yomi will launch on May 5.

Developed by Flying Wild Hog, players will engage swordsmen and supernatural beings with a streamlined combat system based around the traditional weapons of the samurai.

The game is planned for release on PC, Xbox One, Xbox Series X|S, PS4, and PS5 - and will be included on day one with Xbox Game Pass. Trek to Yomi in development
Prev:
Trek to Yomi launches in May
Next:
Two Point Campus delayed 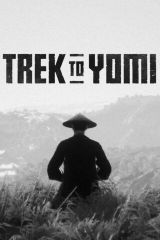 All videos for Trek to Yomi (5)